Breaking News: Governments to shut down all non-essential workplaces

Quebec and Ontario order all non-essential workplaces to close.

What we know so far about Ontario:

Statutes and Legislation: Understanding How Laws Are Made

Much like the beloved childhood game snakes and ladders, the legislative process can be a difficult uphill climb that leaves you uncertain of where you stand. A lot of work goes into creating and passing acts, and both the process and the language describing it can be complicated and confusing.

As an employer, compliance with the laws that apply to your organization should be a top priority. Understanding how legislation works will help you keep informed of your responsibilities and avoid making mistakes that could get your business in trouble. As an employer, you have lots to do and limited time to do it. 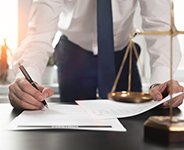 All businesses operate within a certain jurisdiction, or maybe in more than one. For any federally regulated organizations, such as businesses in banking, telecommunications, and transportation, it’s likely you’ve heard about the major changes coming your way.

It’s a common misconception that if an organization receives federal funding, they are federally regulated. This isn’t always the case; refer to the government of Canada’s infographic “Federal labour standards that apply to you” if you aren’t sure whether you’re federally regulated. As for the significant changes to federal legislation, some have already come into force, and others have no set date for coming into force. There are, however, a substantial number of requirements which will come into force as of September 1, 2019. Are you prepared?

Ontario’s ESA Has Changed Again: What Employers Need to Know About Bill 66

Ontario’s provincial government recently passed Bill 66, the Restoring Ontario’s Competitiveness Act, 2019. The law amends a vast array of legislation, including the Employment Standards Act, 2000 (ESA) and the Labour Relations Act, 1995 (LRA). And while not as sweeping as Bill 47, the Making Ontario Open for Business Act, 2018, Bill 66 still makes significant and important changes to Ontario workplaces. As with many of the changes from previous employment legislation under the Ford government, Bill 66 primarily removes obligations from employers.

Implementing organizational change can be a difficult task for employers because employees don’t always welcome change. When implementing change, employers can use various approaches to help smooth the transition. These approaches often involve employees participating in the process, either by asking for their input or having them provide feedback. But what should employers do if the change is motivated by external factors?

Legislation influences all facets of HR: recruitment and selection, compensation, health and safety, labour relations, and so forth. It’s important for employers to be aware of the existing laws that govern the company, as well as proposed amendments and new legislation, as these can be significant external drivers for organizational change.

HRdownloads is committed to providing a barrier-free environment for all stakeholders, including our clients/customers, employees, job applicants, suppliers, the public and any visitors who may enter our premises, access our information, or use our services. As an organization, we respect and uphold the requirements set forth under the Accessibility for Ontarians with Disabilities Act (AODA) and its associated standards and regulations and will ensure that we offer a safe and welcoming environment that is respectful of each person's dignity and independence.

The goal of the AODA is the achievement of a fully accessible Ontario through the identification, prevention and removal of barriers. To meet this objective and the requirements under the AODA, HRdownloads has, and will continue to, incorporate accessibility measures into our policies, procedures, training, websites, environment and best practices (as identified in our Multi-Year Accessibility Plan).

The AODA's key principles of integration, equality, dignity and independence will be applied regardless of whether an individual is:

As an organization, HRdownloads is dedicated to meeting the needs of individuals with disabilities in a timely manner. We understand that providing a barrier-free environment is a shared effort, and as an organization, we are committed to working with the necessary parties to make accessibility a reality for all.

Questions or concerns regarding HRdownloads' Accessibility Policy and Multi-Year Accessibility Plan are to be directed to the Human Resources Coordinator or submitted via the company's AODA Feedback Process.

Please use this form to submit a ticket or provide feedback. We will respond to your ticket as soon as possible.